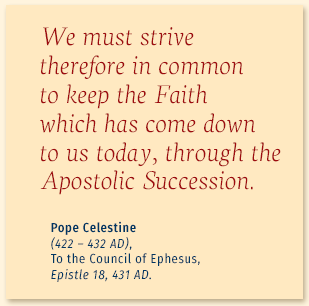 relating to the episcopal orders received by Bishop Andre Letellier, with a view to commenting on the validity of his consecration. Letellier had been consecrated on 23 May 1968 by the late Archbishop Andre Leon Zotique Barbeau of the Catholic Charismatic Church of Canada. Archbishop Barbeau had in turn been consecrated by Archbishop Charles (Ignatius Carolus) Brearley, an English Old Catholic bishop based in Sheffield, United Kingdom. Cardinal Gagnon’s letter reads as follows:

“To Whom It May Concern: After having studied the documentation of Mgr. André LeTellier and his predecessors in episcopal succession, I am convinced that he has been validly consecrated a bishop. It is not my intention to rule on the reports of the organization, incorporated under the name of Catholic Charismatic Church of Canada with the Conference of Catholic Bishops of Canada and of Québec. But nothing allows me to doubt the validity of episcopal ordination of Mgr André Letellier by Archbishop André Barbeau and that of Archbishop Barbeau by Archbishop Ignatius Charles Brearley, Primate of the Church of the “Old Catholics” having its seat in England. The ordinations of the “Old Catholics” are generally considered to be the same as those of Orthodox bishops. I have known Archbishop Barbeau for more than 60 years since our time at the Grand Seminary of Montreal. I have had little contact with him thereafter, having exercised my ministry far from here. But he has always been known to me as a man of prayer, a mystic. And I think that his disciples are also, above all, men of prayer.”

Beginning with the Holy Apostles and continuing throughout the ages by the Laying on of Hands...