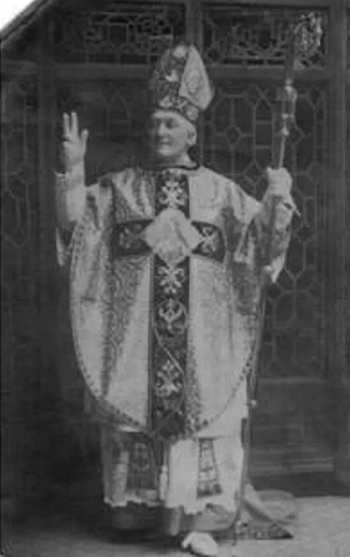 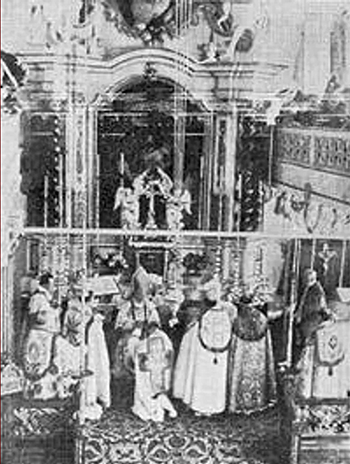 The Church of Antioch was established by the Apostles Paul and Barnabas in 42 A.D., St. Peter served for eight years as its first prelate. The Church of Antioch is one of the five ancient Patriarchates of the Christian Church, along with Alexandria, Constantinople, Jerusalem, and Rome. Many of the great saints of the Church, including St. Ignatius and St. John Chrysostom, have come from Antioch.

Archbishop Mathew was solemnly received by Mgr. Messarra on behalf of Gregory IV (Haddad) into union with the Greek Orthodox Patriarchate of Antioch as an Autocephalous Jurisdiction of the Holy Synod.

On February 26th, 1912, His Holiness, Photius, Pope and Greek Orthodox Patriarch of Alexandria also accepted and recognized this union.

The following is the translated letter to Archbishop Harris from Pope Photius:

“Monsignor, Colleague and brother in Jesus Christ, with open arms in the love of the Savior, I receive you among us, and I accept your oath of fidelity to His Beatitude the Orthodox Patriarch and his Holy Synod of Antioch, since those who hold our Faith and wish to be united with us have never been prevented from joining us.

Praying God to bless you, and not only you but all those who come to us with you, we bless you in the name of His Beatitude the Patriarch and of the Holy Synod of Antioch.

Your Colleague and Brother in Jesus Christ, 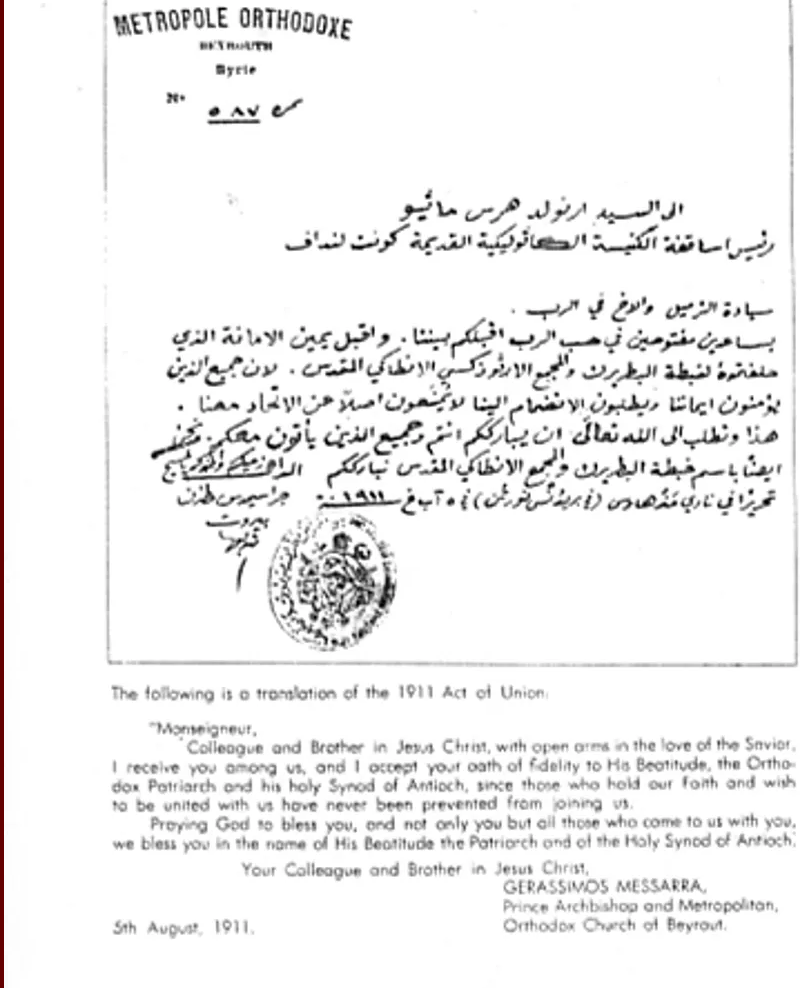 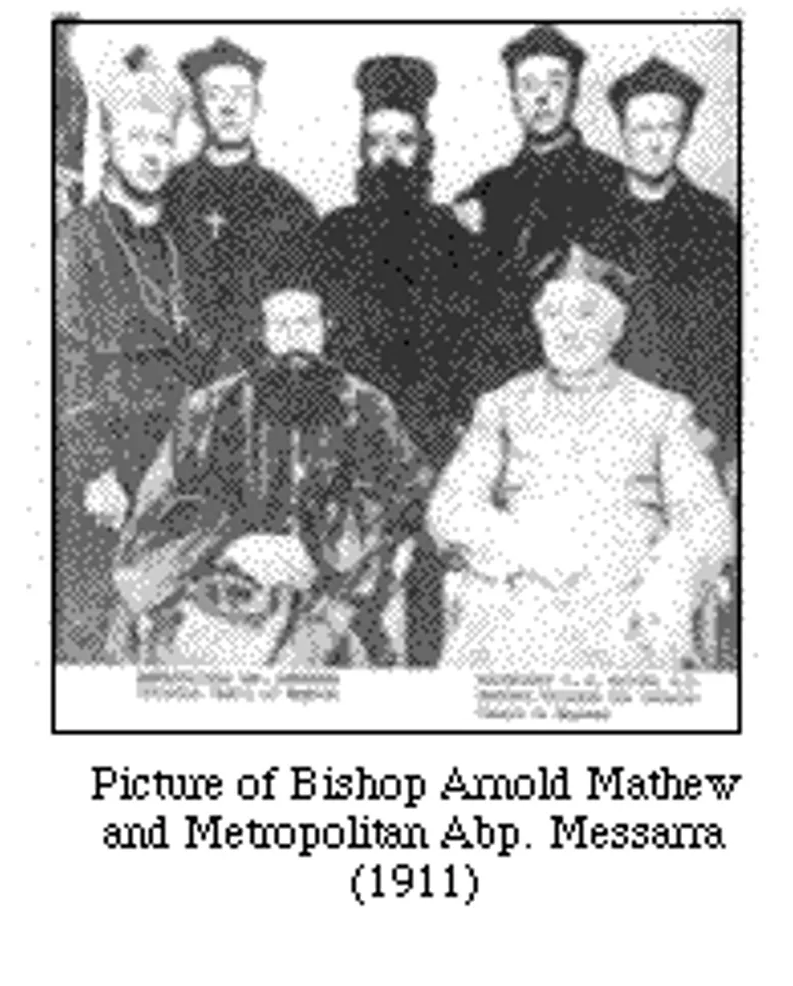